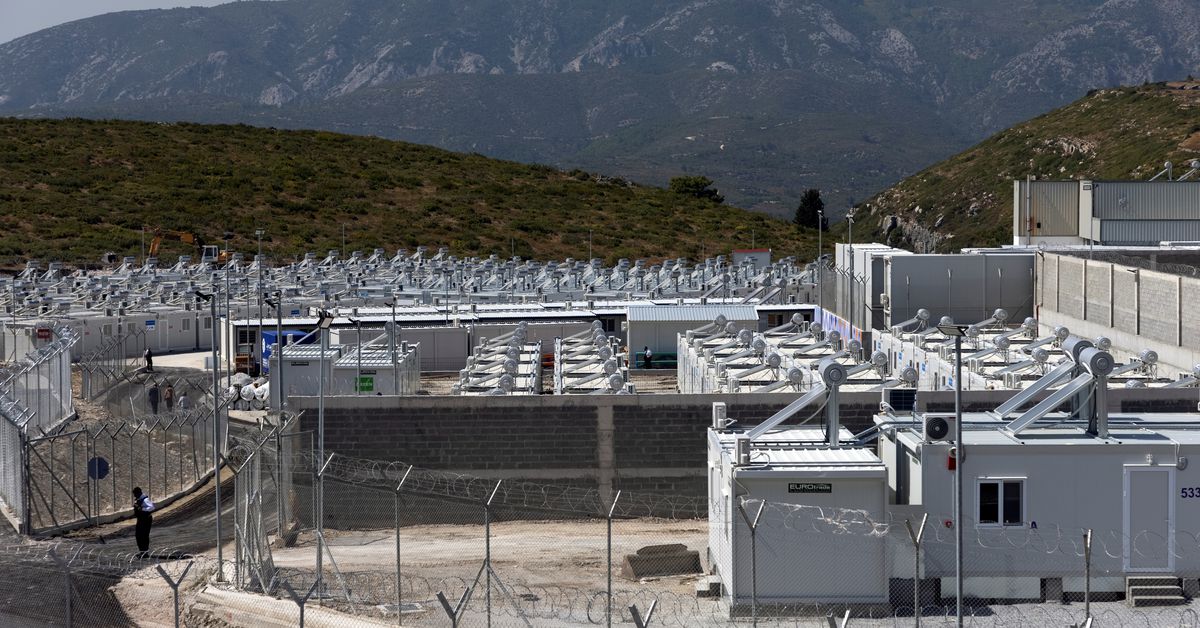 ATHENS, Sept. 18 (Reuters) – Greece on Saturday opened a new immigration detention camp on the island of Samos, near Turkey, and said more new facilities would follow in the coming months as it would tighten its migration policy.

The minister who opened the camp said he would offer “lost dignity” to those seeking protection. Aid groups said the new facility, which will house asylum seekers and those to be deported, looks more like a prison with its fence topped with barbed wire.

The Mediterranean country was at the forefront of the European migration crisis in 2015 and 2016, when a million refugees fleeing war and poverty from Syria, Iraq and Afghanistan arrived, mainly via Turkey.

The number of arrivals has since declined, but with thousands of asylum seekers still stranded in Greece, the conservative government that took power in 2019 has toughened its stance on migration.

He built a 40 km (25 mile) fence in the Evros region on the Turkish border and this summer launched an EU-wide tender to build two facilities on Samos and the islands. from Lesbos to replace previously overcrowded camps.

About 450 asylum seekers out of the 7,500 who lived in another camp will move to the new facility on Monday.

Mitarachi said the new camp, which can accommodate 3,000 people, would also accommodate illegal migrants to be returned or deported. He said two more centers would be ready on the islands of Kos and Leros in a few months.

“For us, it is a prison,” said Iorgos Karagiannis, head of mission of Médecins Sans Frontières (MSF), of the new camp. “It is a statement of nefarious policies which are preferred by EU leaders over care, induction and guaranteed asylum.”

Greece has expelled, returned and relocated thousands of migrants and refugees stranded for years, mainly on its outer Aegean islands.

The number of asylum seekers was 42,000 in August, about half of the number a year ago, according to data from the Migration Ministry.

The Taliban’s takeover of Afghanistan has fueled fears of a new wave of refugees. Greece says it will not allow a repeat of the 2015 migrant crisis and wants a common European response. Read more