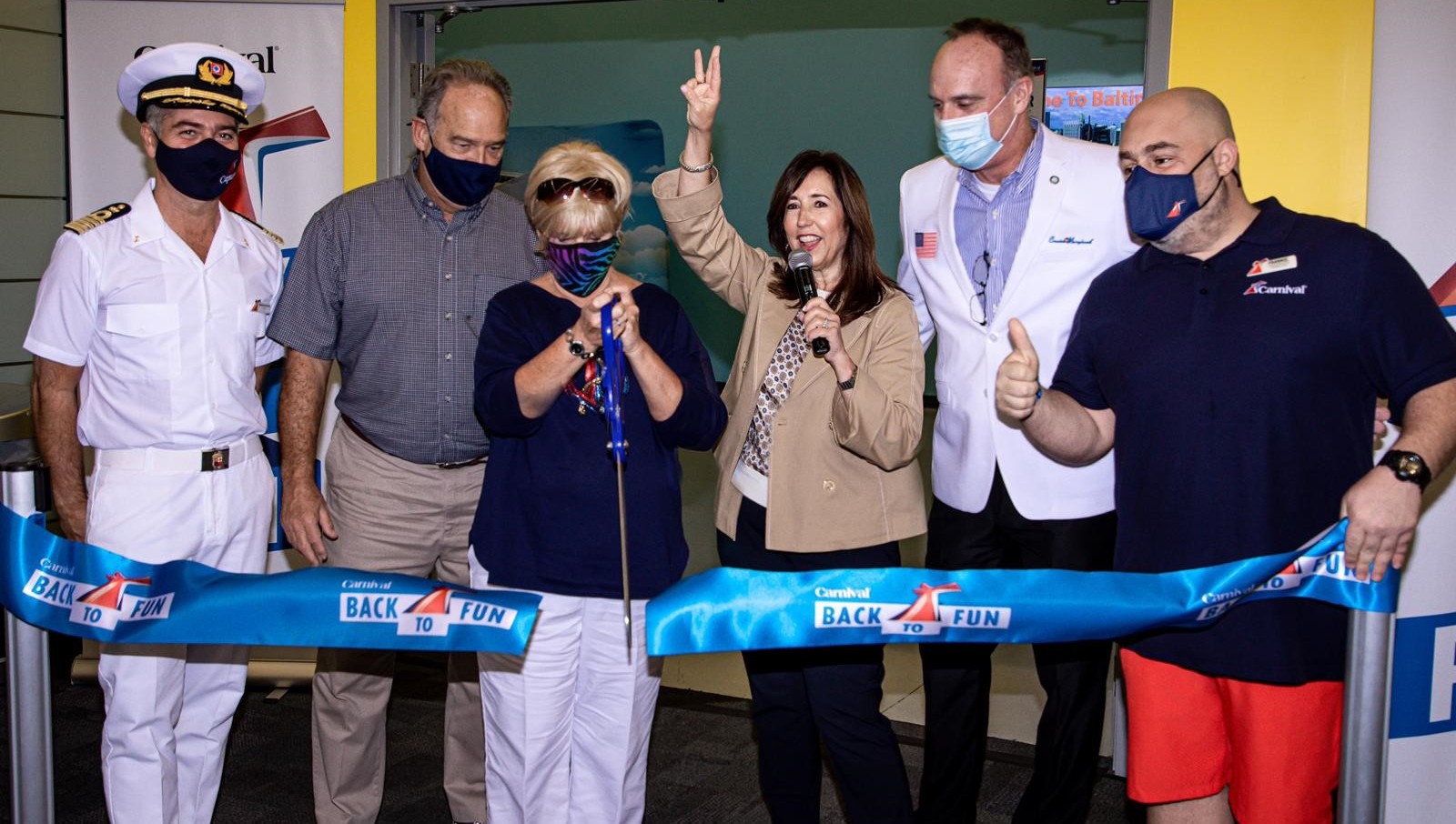 Cruises are returning to the port of Baltimore

Carnival Pride sailed from Baltimore on Sunday, becoming the first cruise ship to return to port since the shutdown of the entire industry.

Carnival Cruise Line hosted a ‘Back to Fun’ event in the terminal upon boarding, with President Christine Duffy, Carnival Pride Captain Maurizio Ruggiero and Port of Baltimore Executive Director William Doyle at a ribbon cutting to officially welcome the first guests on board.

“Baltimore has been a great partner for over a decade and we are excited to have fun once again in this key market which serves hundreds of thousands of guests in the Northeast and along the Atlantic Coast,” said Duffy. Carnival launched Baltimore’s first year-round cruise program in 2009 and has since carried over a million passengers, making it the port’s premier cruise operator.

Doyle called it a “big day,” adding, “The Maryland cruise from Baltimore is great. Our cruise terminal is located directly off Interstate 95 and BWI Thurgood Marshall Airport is just 15 minutes away. The cruise ship terminal is adjacent to Baltimore’s famous Inner Harbor, as well as Federal Hill, Fort McHenry, and Fells Point. There are lots of options for sightseeing, dining and shopping. ‘

Carnival Pride is on a weeklong Bahamian cruise to Nassau, Freeport and the private island Half Moon Cay. In November, a newer ship, the Carnival Legend, will replace the Pride when it redeploys to Tampa. The line serves a variety of destinations from Baltimore including Bermuda and Bahamas, Canada / New England and the Panama Canal and the Southern Caribbean on a 14-day Carnival Journeys cruise.

Norwegian Epic has made its maiden voyage from Barcelona, ​​a weeklong cruise to Livorno, Civitavecchia (Rome), Naples, Cagliari and Palma de Mallorca.

The ship opened an all-new The Haven by Norwegian following a complete renovation in Marseille in late 2020. This has resulted in 75 redesigned and upgraded suites and redesigned experiences, including The Haven Restaurant and The Haven Courtyard Pool and Sun Deck. Norwegian Epic now has one of the largest Haven spaces in the fleet.

“Over the past 18 months, we have worked diligently with the NCL team to ensure a safe cruise resumption from Barcelona for the guests, crew and citizens of our city. We are happy to finally celebrate the return of cruising together, ”said the general manager of the port of Barcelona, ​​José Alberto Carbonell.

The Norwegian Getaway is embarking today at Civitavecchia. Until October 25, the ship will take 10 and 11 day itineraries in the Greek Islands, calling at Dubrovnik, Corfu, Katakolon, Santorini, Mykonos, Naples and Livorno.

“Reaffirming our long-standing partnership with NCL, we are delighted to welcome Norwegian Epic and Norwegian Getaway to the Port of Civitavecchia this month, and to see both ships embark on their first voyage from our shores in nearly two years. “said Pino Musolino. , Chairman and CEO of the Central and North Tyrrhenian Sea Port System Authority. “The cruise industry is an important cornerstone for our country and our region, contributing more than 400 million euros per year to the economy of the territory of Civitavecchia alone and providing more than 1,800 jobs.” 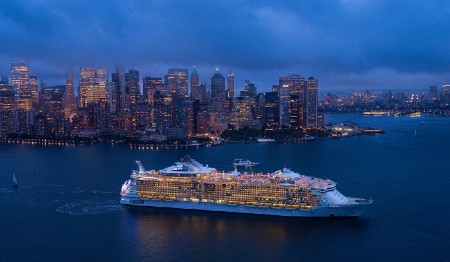 Royal Caribbean International is back in the Northeastern United States, with the Oasis of the Seas now the largest cruise ship sailing out of the New York area.

Oasis returned on Sunday from its first in a series of seven-night cruises from Bayonne, Cape Liberty, New Jersey to Perfect Day in CocoCay, Bahamas.

The ship’s first season from the New York area runs through October. It received a boost of $ 165 million at the end of 2019.

After resuming service on the Douro River in Portugal in August, Riviera River Cruises is expanding to more destinations including the Seine and Rhone in France and an additional route on the Main in Germany and the Main-Danube Canal.

Travelers must be fully vaccinated against COVID-19 or test negative before travel.

“After 18 months of uncertainty in the travel industry, we are delighted to finally restart our river cruises in Portugal, France and Germany,” said Marilyn Conroy, vice president of sales and marketing North America, Riviera River Cruises. “As our ships sail, we are committed to protecting the health and safety of all guests and crew on board by requiring COVID-19 vaccinations or negative tests, as well as by taking other precautions. And if a client is not satisfied on the second day of their cruise, we’ll bring them home with a refund.

Itineraries until November 22 include “The Douro, Porto and Salamanca”; “The Seine, Paris and Normandy”; “Burgundy, the Rhône and Provence”; and ‘medieval Germany.’

Vax and vacation? Why these Pacific Island vacations will always mean “traveler beware”