Home Greek islands Greece to invest $ 1.2 billion in modernization of ports and ferries 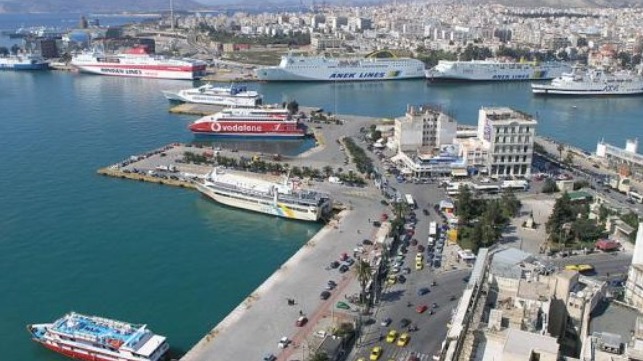 The Greek government, with support from the European Union, is launching a $ 1.2 billion program designed to modernize and improve maritime operations in Greece. The projects will focus both on improving and repairing the country’s ports as well as on efforts to improve ferry service both between the islands and from the mainland.

“With proper planning and systematic work, we have prepared and implemented a comprehensive plan for the implementation of critical projects and the provision of critical connections in the island and the wider sea areas of Greece,” said said Minister of Marine and Island Policy Yiannis Plakiotakis. On Monday, he presented the ambitious plan which includes significant improvements targeting tourist sites in Greece and to tackle the impact of climate change.

The Greek newspaper Ekathimerini points out that the shipping industry and the island authorities have been asking for investments for a long time. The pilot’s association reported that 77 ports across the islands were of inferior quality and needed major infrastructure improvements.

According to the minister, the program aims to improve connections between the islands and the mainland. Port upgrades will include investments in their technology as well as physical infrastructure. Specific port projects include efforts to both repair critical damage in Santorini, Mykonos and Crete, as well as modernize their facilities. Popular with tourists, these investments will improve the passenger experience, the minister noted.

Among the specific projects included in the multi-annual plan is an investment of around US $ 200 million funded by the EU to modernize the infrastructure of 33 ports on the Greek islands. The government is committed to providing an additional $ 230 million for the studies and implementation of the expansion, modernization and maintenance of the port.

Efforts will also be made to address damage to islands and their ports due to rising sea levels and storms associated with global climate change. The EU’s Recovery and Resilience Fund will provide around $ 23 million to be used to repair erosion in 11 Greek ports.

The government has also announced that it will enter into long-term contracts with inter-island and mainland ferry companies offering incentives for modernization and modernization of the fleet. Almost $ 450 million will be made available to passenger transport companies that serve 44 routes in Greece to improve service, including modernization of the fleet. Contracts with shipping companies will run for four to seven years. In addition, the government will invest an additional $ 350 million for three routes between the mainland and the islands. These contracts will oblige shipping companies to launch new ships on the routes.

Plakiotakis pointed out that in the last three years since 2019, they have already increased spending by 50% to support the creation of new sea routes and improvement of service. Currently, they spend over $ 160 million annually to support ferry services. He noted that Greece had also succeeded in maintaining a minimum ferry service between all the islands during the pandemic.